Quantitative drug uptake, penetration, delivery and half life time studies in vivo in vitreous and retina.

A novel non-invasive molecular tracking method that measures ocular drug distribution in non-human primates or other animals is used in house (https://www.ncbi.nlm.nih.gov/pmc/articles/PMC6949284/pdf/42003_2019_Article_731.pdm.)

Intravitreal (IVT) injection has become the standard route for drug administration in retinal diseases. However, the ability to measure biodistribution of ocular therapeutics in large species remains limited, due to the invasive nature of some techniques or their lack of spatial information. Recently in cynomolgus monkeys a non-invasive fluorescence imaging technology was developed that enables tracking of IVT-dosed drugs and could be easily translated into humans. 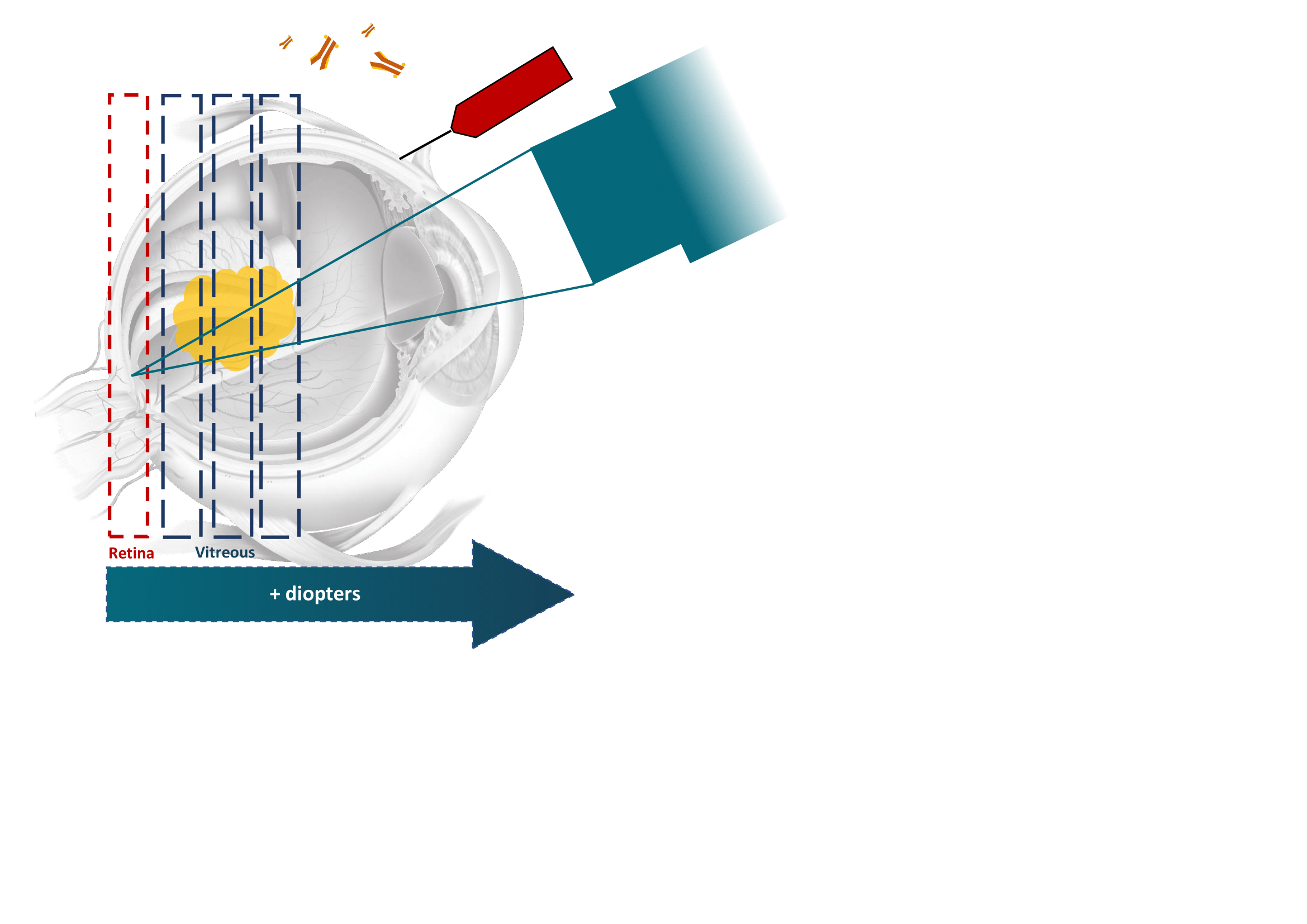 This novel imaging methodology, which allows longitudinal molecular tracking of IVT-injected molecules can be used to study uptake, half life time of drugs in eyes of rats, mice, rabbits monkeys or pigs in vivo. The test item has to be labelled with a fluorescent dye which emits in the near infrared range. This methodology could allow direct monitoring of any IVT-injected therapies and help decide whether the agent needs to be re-injected to sustain efficacy or to find out in which quantities are taken up using different methods of delivery.  This method is very helpful for investigation of topical, suprachoroidal or other forms of delivery.

Recent Articles
FROM OUR GALLERY